Chandigarh was 240 kms from Rampur. It was going to be an easy journey since the roads were good. We got up around 8 am and in around one hour were ready packing our stuff on the bikes. We paid the hotel bill and got some cash out of the ATM. The weather was hot and gloomy. Today, we had removed all our thermal liners and wore bare minimum so that we could be well ventialted. I changed from my thermal gloves to normal riding gloves. We fueled up just ahead of the hotel and we off our way.

Just a few kms ahead we stopped for breakfast. We were feeling hungry and didn’t want to ride on empty stomach. It would have been difficult for us to concentrate. We stopped which was looking like a normal dhaba. We ordered what we ate the most during our trip. Aloo Parantha with a big lump of butter on it served along with tea. Bimal ji booked train tickets in tatkal mode while we were having breakfast. He ditched the bike plan as there were communal riots happening in most part of the country. Thinking, it would be suicide, it was a big NO from his side. He was successful in booking the ticket.

We left the place and stopped directly at Narkanda to stretch ourselves and drink some water. It was almost a sunny ride as we had long left the snowy mountains behind. We were gradually descending.

Our next stop was going to be Shimla which was around 65 kms from here. We decided to make it there without stopping. It took almost one and half hour for us to reach there. We decided not to stop apart for attending nature’s call and went ahead. There was heavy traffic in Shimla, and more on our side of the road. It was difficult to keep speed of the bike and often resulted in stoppages. Felt just like there were traffic signals at each km. It was mentally harassment. We had to follow behind the traffic since the roads were very narrow and majority of them were huge vehicles which restricted our movement. I was not particular in favor of going bumper to bumper with heavy vehicles owing to their large no of blind spots.

It took us lot of time and patience before we climbed down Shimla. We had not done our lunch yet and stopped ourselves forcefully in Solan to get something to eat. The time was 3 pm and we before we could lay our hands on Maggie, we had already gulped down 2 bottle of cold pressed litchi juice. What a relief it felt to our stomach at that moment.

Now, there was no looking here and there and we headed straight for Chandigarh. We had aimed to reach before 6 pm as myself and Bimal ji had to off load our bikes at the station and make them ready for the shipping. After Dharampur, the roads were under construction which slowed us down till Pinjore. They were a mix of loose gravel and laden with mud. We had to also suffer from the dust which was rising due to the movement of the cars whizzing past us. All our gears including our luggage were deposited with a good layer of dust. We ignored the fact as it was anyways our last day and we were just not giving a damn to it.

After crossing Pinjore, we were greeted by 4 lanes highway till Panchkula. Our first stop was Chandigarh railway parcel office, where we had to deposit our bikes. We reached around 5:55 pm, 5 mins earlier than the deadline given to us by the railway parcel office agent. Without wasting much time, we went to the packer who packed our bikes after removing the petrol from it. Karan was looking happy as he was getting all of our petrol. We made our forms ready and went to the platform parcel office to close the deal so that we could be off to Karan place. There was no use of Karan being at the railway station waiting for us. We let him off to his place so that he could get freshened up. He texted his address upon reaching home. Meanwhile, Bimal ji had gone outside to ATM as he was out of money which was supposed to be paid to the travel agent.

This whole process almost continued for any hour and we were really desperate to go home and get under cold shower, at least I was in much hurry. I had exchanged the clothes from my saddle bags, which was required for me till I reached Mumbai. Rest all were packed in the saddle bags and sent along with the bike. Bimal ji also did the same. We settled the bill of transport of 4000 for Bimal ji’s bike to Ahmedabad and for me it was 4300 till Mumbai. Both the bikes were going to get load in same train which was going to depart tomorrow early morning at 5:45 am. With the papers settled, we took the cab and headed straight to Karan’s home. It was a good 15 km drive from the station.

Officially, the Tour of Spiti’18 had ended on a good note and everyone was happy to the core. At the same time, we had already started to miss the snow-clad mountains. That’s what usually happens when you visit such places. They don’t get erased that easily from the minds.

Bimal ji was going with the same train on which his bike was going. We had drinks in the night before having our dinner. The house was of Karan’s Uncle and I was already in love with ‘Bruno’, his uncle’s dog. He was a rare colour dark brownish breed of Lab. We had paneer subji that night. A good home cooked meal after several days. We relished the moments.

We went upstairs on the building terrace to get the feel of Chandigarh weather at night. After strolling around some time we came downstairs and slept. Bimal ji had to get up early in the morning to catch the train. Very difficult job after having concluded your exhaustive 12 days trip.

We came to know later in the day that he had successfully boarded the train. I had woken in the morning to bid him good-bye but, I was so tired that I slept again. It was Karan who had to see him out and help him finding a cab in the early hours. The following day, till noon we were just loathing on the sofa and the main reason for that was the heavy breakfast of Delhi styled Aloo Paranthas. I ate almost 6-7 paranthas with huge butter lump on each one of them. I was so full that I didn’t want to move an inch. Late afternoon, we had chicken gravy along with roti. There wasn’t really any space available inside the stomach but I managed some space,after all, I couldn’t resist the smell of it. It was brought from outside famous hotel, which has speciality in chicken dishes. We slept for almost 2 hrs after that and in the evening we spent the time the Rock Garden, one of the major tourist attractions of the city. I was already in love with the City. Everything was planned and perfect. Just like an artist’s impression taken straight fomr the drwaings. I was particular in love with the amount of greenary this city had and almost all the roads had a thick cover of trees on either side. The dried leaves fallen on the payment gave us a foreign country like feel. It was hard to imaging for us that we were in India at that time. The city had even inter road speed limit, and fact was that almost all of them followed. Were we really in India?

A man-made waterfall in the garden…

In the evening, we went outside to drink lassi and came home back for the dinner. I always had fascination for Punjabi Lassi. Those big heavy jar like glass and that thick sweet content inside it. One glass and you had done with your dinner quota.

It was not before the hard drinks again that we touched the dinner. Dinner was again Chicken gravy served with rotis. The hospitality shown by Karan’s uncle was above the limit. I was really thankful for him to host me. I enjoyed the 1 day I go to stay in Chandigarh. We slept at normal time as tomorrow was 5th of April, my return flight to Mumbai and it was the same day that my bike too was reaching Mumbai.

My flight was at 11:30 am and bike was going to reach around this time. Karan was going to proceed towards his hometown Jalandhar and after seeing me off, he headed towards Jalandhar, which was going to be a good 150 kms drive for him. We wished each other safe travel and parted our ways. 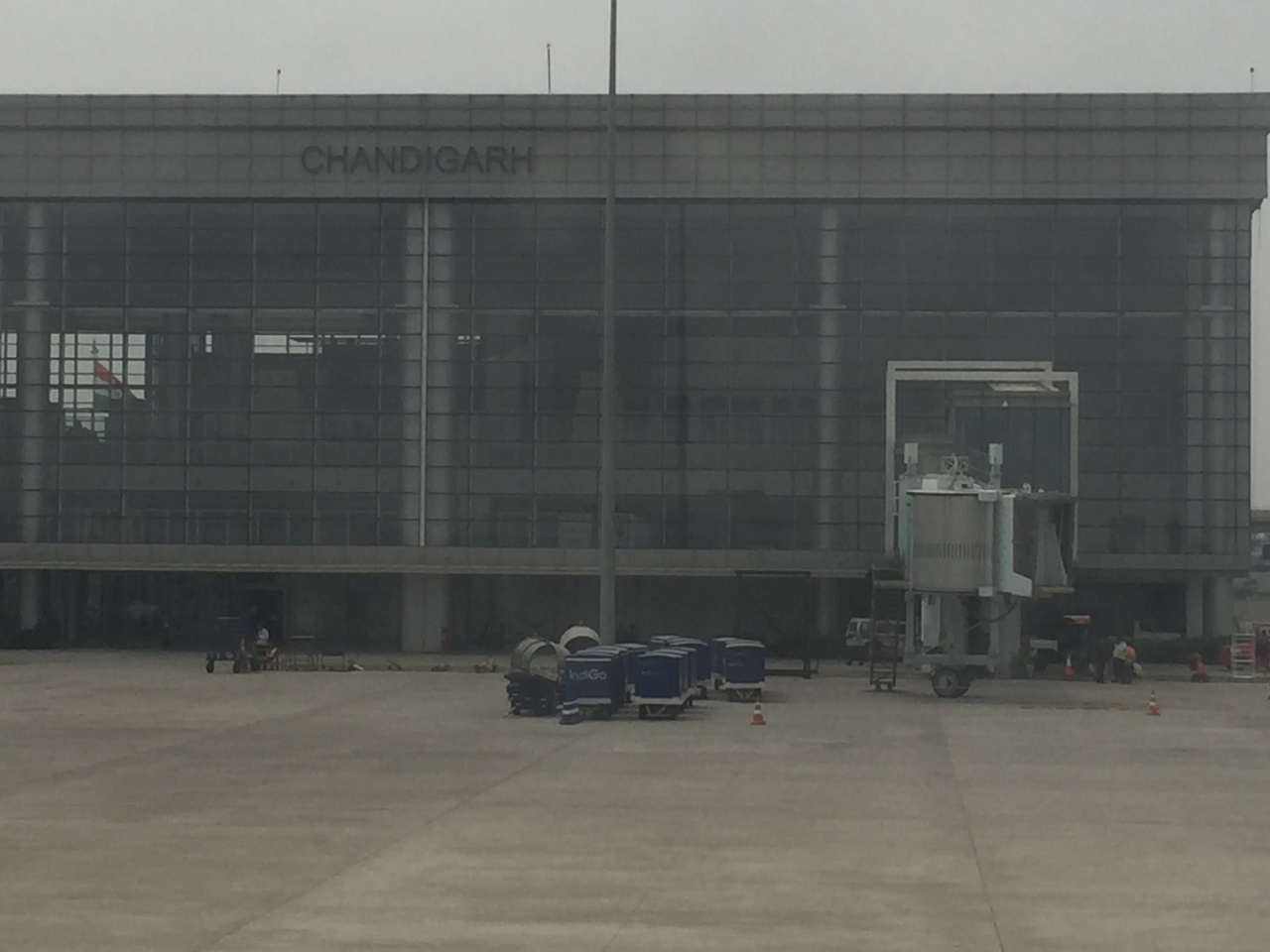 It was time to say Good-bye to the beautiful city.. 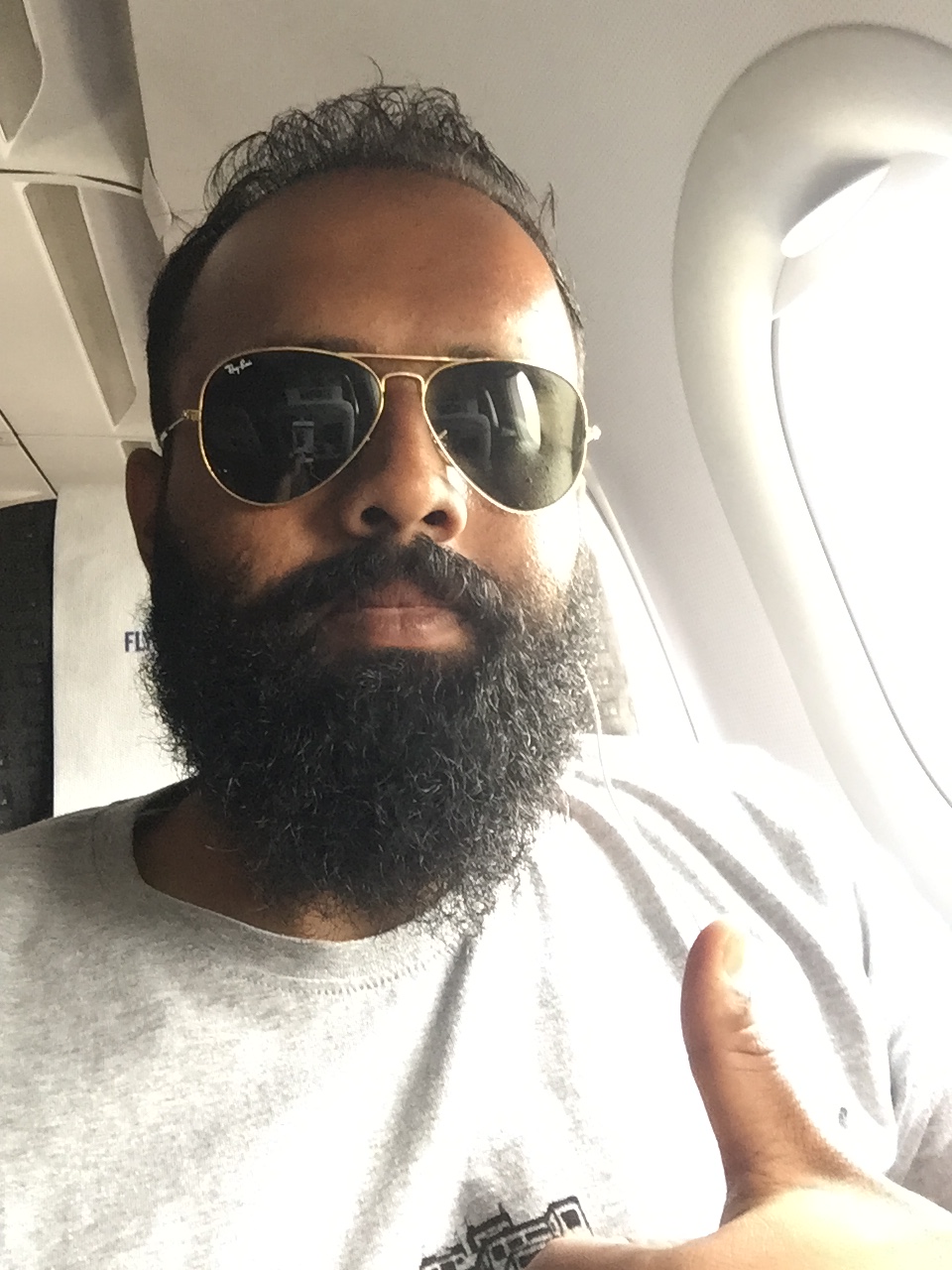 It was a hell of 12 days for us. We had gathered almost 500 GB worth of data which we didn’t expect. The trip had really gone well for all three of us and we only wished sooner to ride again. We were full of memories and the rest couple of days we were spent dreaming about the mountains back in HP.

I was not at all happy with the railway service back home when I collected my bike at the Bandra Terminus as my bike got seriously damaged. Complete fork oil had got drained due to front left shocker oil seal damage.Don’t know how it happend. They had also loosened by handle bar and twisted it. I faced difficulties in taking out the bike from the platform till the parcel office. The weather was hitting me. I had transitioned from -10deg to +35 deg. A mammoth 45deg temperature difference.

I managed to tighten my handlebar somehow and then again had to wait for almost an hour to get sufficient fuel so that my bike could go to nearby petrol bunk. Finding loose petrol in Mumbai was really a pain in the ass and since my bike was parled on the road along with the luggage, I couldn’t even leave her. Finally, the parcel agents took pity on me and I manged to draw 2 ltrs of petrol from two separate bikes. This happened after lot of pleading, as earlier they were really hesitant to help. A very rare attitude in city like Mumbai, where almost each one is ready to help the needy.

I dragged the bike straight to the RE service station near my home in Kandivali and finally reached home at around 8:30 pm in the evening exhausted and tired.

I spent a good of time in the cold shower, had dinner made by our cook and slept.

Tomorrow was my time to resume office, and was very exictied to share the trip stories to all.

Finally would like to end the blog with one of my favorite quote on the mountins.

“Thousands of tired, nerve-shaken, over-civilized people are beginning to find out going to the mountains is going home; that wilderness is a necessity.”

View all posts by sumitshinde22yahoocoin